In Mexico Dec 28 is “Dia de los Santos Inocentes”=Day of the Innocent Saints. On this day the Catholic church remembers the child saints mentioned in the bible who were killed in Bethlehem during Herod’s killing of children in order to prevent  Jesus Christ from becoming King.

In the middle ages there was also  people who celebrated a pagan holiday “Feast of Fools” along the way both merged & in order to celebrate innocence of the children who soul’s where called to heaven & Herod’s foolishness in his thinking he had prevented Christ’s reign people celebrate “Dia de los Innocentes” in a manner very similar to April Fools.

On this day news papers print  funny fake news, friends play pranks on each other, such as the placing of a little white paper doll indicating the “innocence” of the person marked.  Another  very popular way to joke on this day  is the “borrowing trick.”  If you lend something to someone everyone knows that on this day it is fair game to play finders keepers.  Of course if  it’s an items the person really needs or if the person is unwilling to play along in order to avoid any altercations items are given back.  However ,for those willing to play along if you lend an item,  you forfit it . In exchange the prankster gives a basket of candies with the following note: “Inocente palomita que te dejaste engañar, sabiendo que en este día nada se debe prestar. ” = Innocent little dove you have let yourself  be deceived, knowing that on this day lending is not advised.

*Dia de Los Inocentes is not only just a Mexican holiday it’s celebrated through out the world in various Hispanic/Catholic cultures. 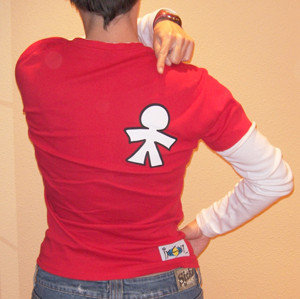