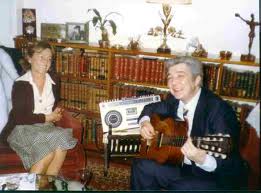 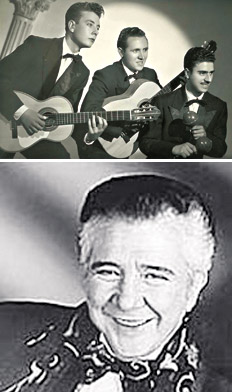 A sad time for not only the entertainment world but for all romantic music lovers everywhere. “It’s a great loss for the Mexican Artistic community.” stated fellow singer/composer  Armando Manzanero.  Legendary talent,  iconic figure, singer/composer Roberto Cantoral father of actress Itati Cantoral who passed away in Toluca August 7th 2010 was mourned yesterday August 8th, his illustrious career celebrated, and final goodbyes were said at the famous Palacio de Bellas Artes= Palace of Fine Arts in Mexico City. His closest friends, colleagues, and prominent figures of the entertainment industry were present to pay their respects. His career began when his brother and he formed the duo “Los Hermanos Cantoral” in 1950. He  later went on to be part of the trio “Los Tres Caballeros”.  During his time with the group he made a great impact when it came to the Mexican Ballad, among the places where the group toured were : Japan, USA, & Argentina . He turned soloist in 1960, after a 15 year career as a performer, he then  turned composer.

Held the position of :  Executive Council of  the Mexican Society of  Writers and Composers since 1982.  Special guest on global, hit entertainment shows such as:  the Arthur Garfield show (USA)  the Alice Bontorno show (Italy), Gran Parada (Spain). His personal appearances surpassed the amount of 1,500 in 120 countries during his year career his 15 year career as a singer.  Named “Mr. Amigo”  & an “Honorary Citizen” in Texas. The only non government official to have spoken at   Congreso de la Organización Mundial de la Propiedad Intelectual = International Congress of Intellectual Property.

FAMOUS ARTISTS THAT HAVE INTERPRETED HIS SONGS:

To name a few.